Home
Health
Albarola quarry: 200 trucks per day and more than 14,000 tonnes of Co2 in the air
Prev Article Next Article

“A quarry as large as the entire town of Ponte dell’Olio from which, every day, more than 200 trucks come and go to transport the extracted material, consuming more than 5,270,000 liters of diesel during the five phases of work, resulting in the release of 14,051 tons of Co2 of which only 7,300 are absorbed by the existing vegetation, while the remaining 6,751 tons are dispersed in the environment and in the air of Albarola, Ponte dell’Olio, Bagnolo and Vigolzone “, this is the alarm launched by the Committee for the safeguard of Val Nure which, since the 90s, has been pushing institutions to enforce the right to health of the inhabitants of the hamlets and villages surrounding the Albarola quarry. . The data reported by the committee represents the forecasts that will be implemented with the expansion of the quarry.

During the initiative “Freedom in the cities” which left from Val Nure and from the municipality of Vigolzone last Sunday, Mauro Marchionni, one of the representatives of the committee which has about fifty members, underlined the disarray of the citizens: “We live in the middle of the dust and in the months to come it will be worse”. Buzzi Unicem, the company that holds the concession, has planned a reforestation plan which, according to the company’s intentions, would offset the emission of Co2 by planting more than 30,000 plants, which will be able – according to forecasts – to absorb on a period of ten years the Co2 emitted by the processes. A plan that does not satisfy the committee at all. “From this quarry they extract an amount of material every year that is more than double the weight of Milan Cathedral,” Marchionni said, explaining the committee’s intention to organize screening procedures on the state of health. of the population living in neighboring countries, to establish whether there was an impact on pulmonary and respiratory diseases due to quarry work.

“In addition, what the company euphemistically calls a morphological reformulation is planned, which will lead to the complete destruction of the hill of Bagnolo – said Marchionni with despair – not far from these lands are the vineyards of some of the wineries the most prestigious in the province.

“All that reddish ground that you see above the quarry will be gone within five years, completely distorting the landscape.” A story that tells the contrast between economic interests and public health. The committee, through the words of Marchionni, asks to mitigate the plan presented by Buzzi Unicem “by carrying out periodic air quality checks through the installation of a stable control unit aimed at analyzing dust fine, avoiding the demolition of mountains such as Monte Bagnolo and the destruction of hectares of woods and, finally, to verify the stability of the bridge built after the war on which more than 200 trucks come and go every day”.

The services conference will be held soon, with the participation of Arpae, the Superintendence of Fine Arts and various bodies, including the municipalities of Vigolzone and Ponte dell’Olio, and more will be known about the future of Albarola’s career and scope of work. “Unfortunately – concludes Marchionni – neither our committee nor the Val Nure Winegrowers’ Association nor the Lega Ambiente were admitted to the meeting, despite the regional law providing for the presence of citizens meeting in committees and directly affected by the decisions that will be taken. We hope at least that our administrators care about the health of the citizens. We don’t want to end up like Taranto”. 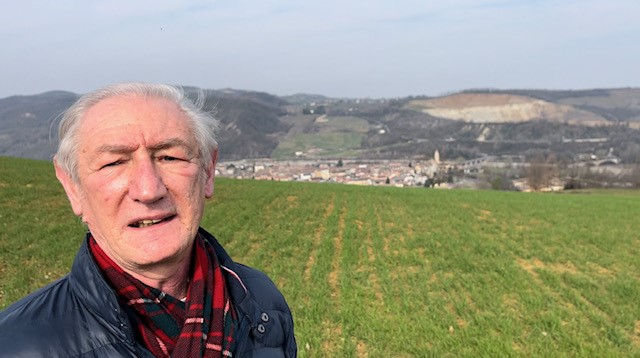