A foundation created to raise awareness of stroke, two top runners who learned to respect and know each other after competing together. A leading company in the field of technology and another – linked to the first – able to reach people where others do not. This is how good stories are made: bringing together important experiences, sometimes similar, capable of bringing to life something greater than the sum of the individual components.

The birth and growth of Aeolus-Kometa, cycling team firmly rooted in the province of Varese, have followed this path: Ivan Basso and Alberto Contador they told it in the headquarters of another protagonist of the story, the Elmec Informatica di Brunello, in an afternoon devoted above all to cycling and technological innovation. 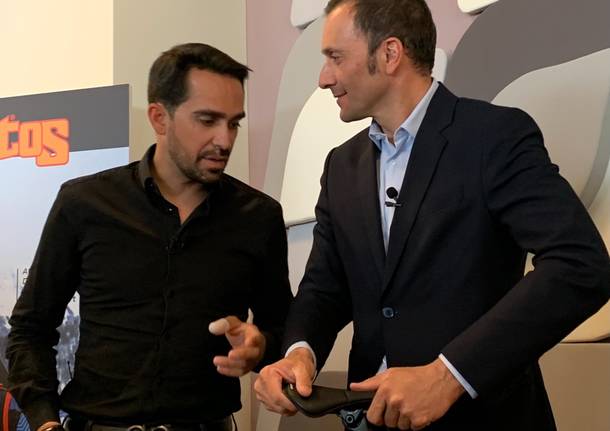 The two former champions today the two managers of Eolo (with Fran, Contador’s brother) were flanked by Alessandro Ballerio in the renovated Elmec company restaurant, and they talked about the importance of innovation even within an ancient discipline like that of two wheels. “If you’ve reached the top and you stoprest assured that you will soon be outdated. Never stop progressing,” warns Contador, from Pinto de Madrid, born in 1982, with two Towers, two Giri and three Vuelta on the scoreboard. “Also in world of cycling, innovation is the order of the day: I quit a few years ago, but a lot of things are different. Think for example of physical preparation, of knowing how the body reacts to effort. Think about the wheels: once they were very narrow, today they are twice as wide and work better. Let’s not make the mistake of thinking that technology is just the computer: it’s part of everyone around us. And the pandemic has shown this situation again.”

Basso, class of 1977 from Cassano Magnago, retraced the months that led to the birth of the Eolo-Kometa as we know it today. “Anyone can do simple things, we chose to take a more difficult path. After all, winning a Giro d’Italia isn’t easy, but it is doable. Technology has helped us a lot and it has allowed us to do things that were unimaginable just a few years ago.” The old pink jersey, dressed by the president of Elmec, Rinaldo Ballerio, he also recalled how the idea of ​​involving Luca Spada’s company was born thinking about what “his” did years ago Liquigas, a company capable of transporting gas cylinders even to the most difficult to reach places, perhaps those where the major stages of the Giro pass. “The slogan was the same as that of Eole – Ballerio calls back – one brought gas, the other an Internet connection. A light bulb went on and we involved Spada”.

links between the work of a sports team and that within the company Alessandro Ballerio said, “Elmec has always focused on research and development, launching new solutions for customers to improve processes and product quality. Even in this sport the innovation is truly shocking, starting with bikes that are technological masterpieces. This unites a company like ours with a sports company like Eolo-Kometa”. 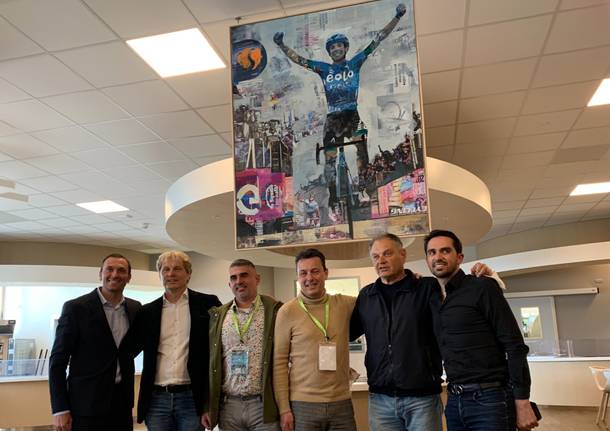 During the afternoon, there was also talk of values“Our team won over the public not only for the results, but also because we behave in the right way every day. Our policy is to have a dialogue with the fans, to greet all the children waiting for us at the bus. And we are no exception”. Same Giovanni Lonardi and Mirco Maestrithe two runners present, confirmed how much the same athletes hold on at times.

“The values ​​that are cultivated in the company are not only a ‘nice’ thing to tell – echoes Ballerio – but they are something tangible, which is reflected in business successes. We don’t really believe in it: we have a manifesto of social responsibility in which there are the values ​​that guide us. Leaders must lead by example, but following that path with conviction leads to success. Major sports and non-sports companies work when you work in team, a word that everyone abuses but which when reflected in reality, it has mad power“. 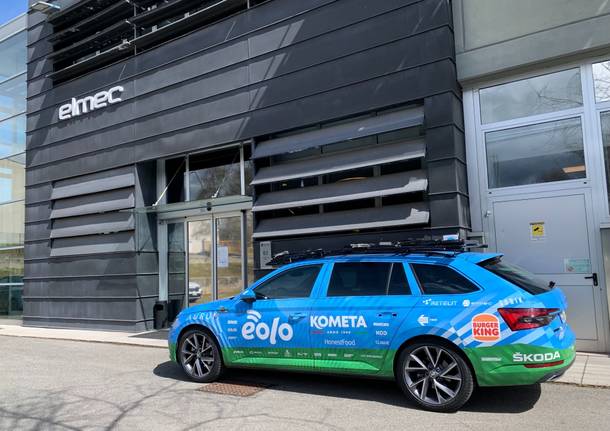 Among the topics also covered the entrepreneurial experience of Contador and Bassothat of the builders of Bikes with the mark Aurum with which Eolo-Kometa competes. “If you you think every day about how to improve your bike to win races, this challenge keeps you alive. We therefore thought of this project, thanks to our long experience with professionals. We’ve had this idea since we were running together and thanks to a big engineering and design specialists we created our bike. What we believe is the best”.

Finally, a look at the territory: “In December we started the Eolo CdF Climb, the upward path leading to Campo dei Fiori. A very initiative beautiful because it remains for everyone and helps to get to know a wonderful place in the city better. Our team has two houses, in Pinto (near Madrid editor’s note) and in Varese which are merging; today the main matrix is ​​Varèse thanks to companies like Eolo, Elmec and Chiaravalli that allow us to stay at this level. This year the the budget has increased by 30% but it should be remembered that a Professional costs on average 4.5-5 million, a World Tour 18-20. We are growing but we can only do so gradually”.