It is called “A bites and bites” and is the last book of Roberto Campagna, journalist, writer and great connoisseur of the territory. It is the result of research carried out within the framework of the “Convivium” project of the Compagnia dei Lepini and which is now published for the types of the New Editions Aldine di Bevagna. It’s a journey through 28 dishes on the Lepini and Agro Pontino to discover street foods, those that are eaten without cutlery. In stings and stings, in fact.

The book, illustrated with photos by Alessandro di Norma, is the result of research carried out by Campagna itself on behalf of the Cooperative Utopia 2000 onlus as part of the project “Convivium Monti Lepini – Symposiums, canteens, tables, productions, protagonists and knowledge. History, art and oenogastronomic cultures of the Pays de Lépine”.

“Street foods have very ancient origins – reads the presentation – they were already consumed in the times of the Greeks and Romans. And it was in ancient Rome that the custom of stuffing two slices of bread spread. And since then, the sandwich has become the emblem of this eating habit”. Curiosity: “The name of Panisperna, the Roman road that became famous for the group of young Italian physicists who, together with Enrico Fermi, contributed to the discovery of slow neutrons at the Royal Institute of Physics of the University, which allowed to build the first nuclear reactor, it seems to derive from “panis et perna”, that is, bread and ham, which the friars of the church of San Lorenzo in Panisperna used to ‘to offer to the poor on the feast day of the same saint’.

And bread and ham are among the street foods reported in this book. Two hams are described: that of Bassiano and the cotto of Cori. Street foods are widespread in all regions of Italy and the Lepini and Agro Pontino mountains are very rich in them. “The territory of Lepine and the province of Latina – wrote Quirino Briganti, president of the Compagnia dei Lepini in the presentation of the book – in addition to having an immense artistic and naturalistic heritage, has foods that arouse suggestions, aromas and flavours, an expression of a thousand-year-old cultural heritage”. 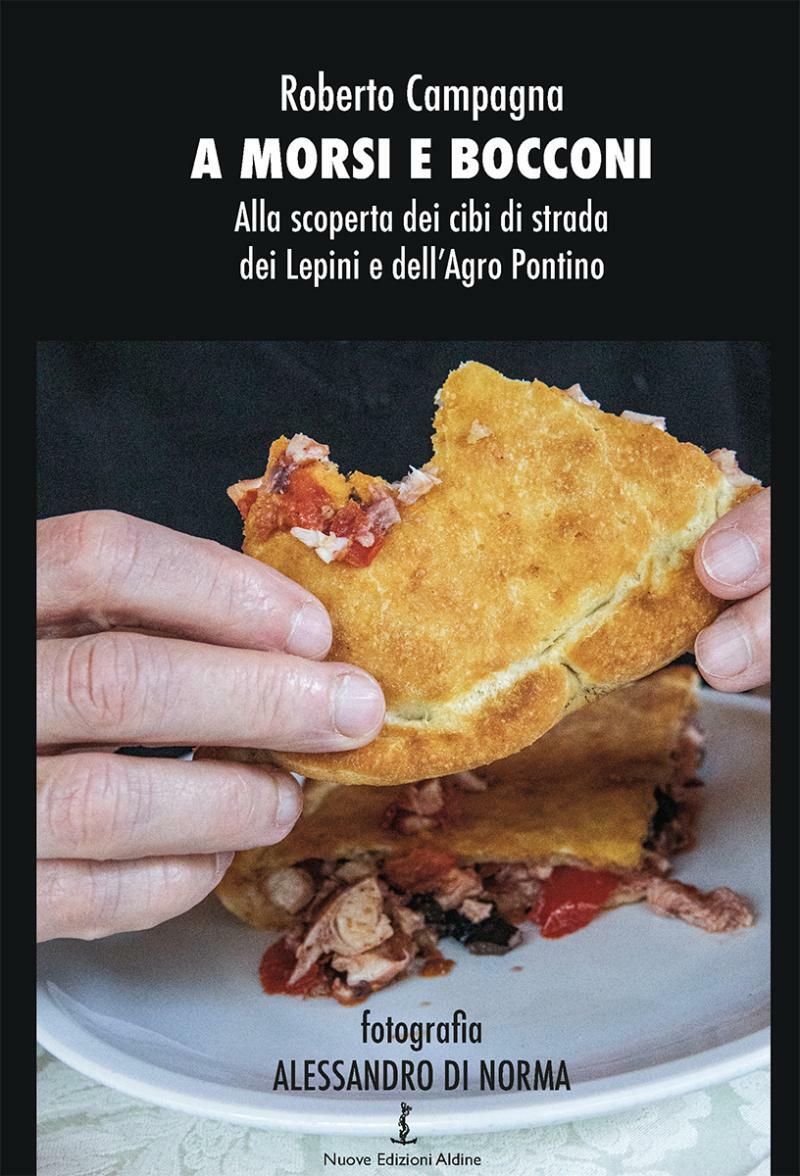 In addition to mountain products, such as Bassiano and Cori hams, buffalo cold cuts, cheeses, chestnuts and olives, there are also fish and vegetables. Regarding the latter, fried zucchini flowers, slices of watermelon and golden fried artichokes are three other of the twenty-eight “stops” of this tasty gastronomic journey. Then there are the desserts, of which only the most significant have been reported, with a story behind them, those that identify the place where they were born. “Food – wrote Alessandro Di Norma in the photographic note – is history, ritual, tradition, it is a set of gestures characterized by habits that get lost in the most remote daily nodes, but that spring up, without too much d “effort, even in the current one, fast and ephemeral, linked to contemporary communication technologies. Photographing food has given life to a story of sensations that return and remain in the mind like centuries-old roots”.