Also in this edition it sports chanbarasoftair fencing Japanese origin and famous in the land of the rising sun it will be one of the recurring sports already present in previous editions, along with bowling and tennis, while three new sports will also be added: football, volleyball and badminton. Like, how representatives of the Italian Sports Federation ChanbaraI Technicians of Shorei Shobukan Legnano Federico Peripractitioner of the Legnano martial arts school and he his teacher Massimiliano Andreaniwere invited to try it in preview in Milan, remaining very satisfied.

“In terms of gameplay, players use their Nintendo Switch’s Joy-Con in the same way as other Wii Sports games, positioning them in the same way as real sports. – explain the technicians of the Shorei Shobukan in Legnano – Joy-Cons built-in gyroscope functionality works to simulate in-game movement, so in the case of sports chanbara, the Joy-con will hold like you would a real sword or like one of the airsoft swords from our discipline, immediately bringing the player into the spochan experience. The player will immerse himself in this sporting experience by creating avatars in his image and likeness. 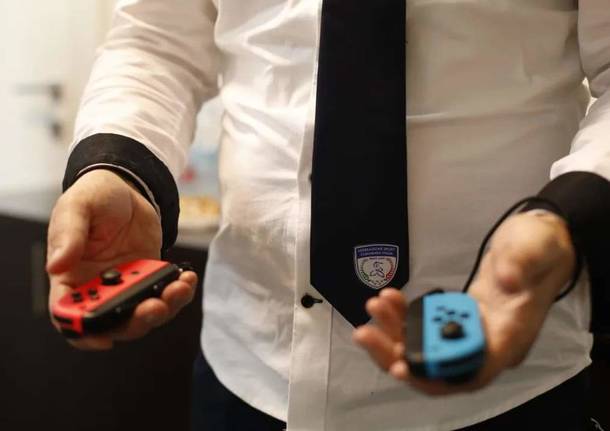 “Many in our country know Wii sport and Chanbara sport through the Nintendo console, but few other than professionals know that Chanbara sport has been present in Italy for more than twenty years. – affirm Federico Peri and Massimiliano Andreani – under the direction of Italian Sports Federation of Chanbara, Fe.SCI, has already reached the top of Europe and the world, painting the podiums blue even in the land of the rising sun. Chanbara sport recently entered de facto Italian Fencing Federation as an aggregated group.

the sports chanbara it is dynamic and versatile, in fact there are many weapons and specialties in which you have to try your hand: short sword, long sword, two swords, sword and shield and stick, which allow you to reproduce the duels of the Far East in full contact and safe. IS a martial discipline with its forms that have their roots in Japanese Budo, the Way of the Warrior, which aims for the perfection of the unique gesture.

Nintendo succeeds with this game to grabin a fun way, the essence of this discipline and recreate the adrenaline and the strategy of the different fights in its counterpart on Switch. The ability to choose three single-sword, two-sword and the most futuristic energy sword combat modes, each with its own characteristics and special moves, transforms the gaming experience into a challenge between tactics and strategies, speed and timing.