Target Italy. In Portugal the opening of the sports pages is for Cristiano Ronaldo a possible reinforcement of Porto for next season (but mom Dolores ‘cheers’ for Sporting Lisbon) but a lot of space is also dedicated to the events of the Seleçao which is about to take place to play what everyone hopes will be the first of two world play-offs. Tomorrow at the ‘do Dragao’ stadium, preferred to the ‘da Luz’ because the support of the public is more felt, there is the Turkey of the German coach Stefan Kuntz and the imperative is to respect the tradition which, in the eight previous two national teams, has always seen the Lusitano winners. At that time, we will have to think of Italy, given by the Portuguese as a sure winner against North Macedonia, due to the spells of Mancini.

In the meantime, it is better to take one step at a time, and coach Fernando Santos is totally focused on the match against Burak Yilmaz’s teammates, in which he plays for the place: in case of failure to qualify for Qatar 2022 c Probably the coach will be sacked and Jorge Jesus arrives who, when asked about it, replied that he couldn’t rule anything out. The certainty of Santos is called Cristiano Ronaldo, on whom he will aim for the umpteenth time, even if the figures show that CR7 is the least fit player among the six attackers called up, having scored only 4 goals in 12 games played in 2022, without an assist. . Diogo Jota has 7 goals and one assist in 16 games, and former AC Milan player Andre Silva has done even better, with 7 goals and 3 assists in 12 games. Better than CR7 so ​​far also Rafael Leao (6 goals and 3 assists in 14 games) and Joao Felix (6 goals and 4 assists). 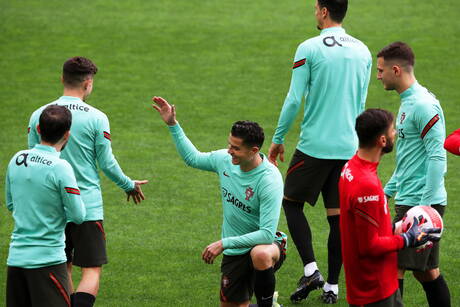 Santos has to deal with other absences, not Ronaldo, as he won’t have Ruben Dias, Pepe, Ruben Neves, Cancelo and Renato Sanches available, including injuries, suspensions and Covid. “But it makes no sense to talk about unavailability – commented Santos -. I will try to choose the team that will give me the best guarantees and without losing confidence. The team? I have very few doubts. ” A joke also on the risk of exemption: “I understand what you mean, but I am completely focused on the match tomorrow. We must win and go to the World Cup: we are going to play for eleven million Portuguese”.
And Turkey? He counts a lot on the good mood of Cengiz Under, reborn in Ligue 1 (“going from Roma to Marseille was one of the best decisions I’ve ever made”), and on the fact – says Kuntz – that ” the team showed that they have the necessary mental strength. The team spirit helps, we had difficult matches but we won them. We can win even if we go under, we are going in the right direction. ” The important thing will be to understand that “against Portugal we can’t think of winning if we defend. We have talented players, and we are strong in front. We hope to play the final, because that would be like playing it at home” . 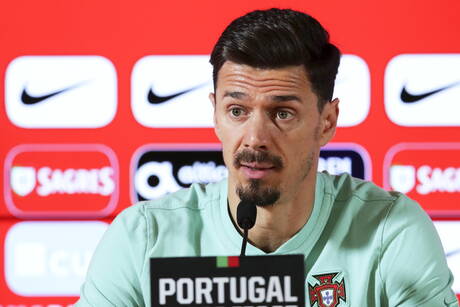