Home
Health
Summer time and its effects on health, “somnologist” Alberto Tubaldi: “It causes a kind of jet lag”
Prev Article Next Article

MACERATA – The pulmonologist from the Villalba cluster explains what happens in living beings with the forward movement of the hands: “There are people who adapt quickly and others who take weeks. In the days following the time change, accidents increase by 40%, especially motorcyclists are involved”

“On summer time at the moment the economic reasons are preponderant but that does not mean that there are no repercussions on the state of health”. Doctor Alberto Tubaldi, pulmonologist and “somnologist” at the Villalba diagnostic center in Macerata. Alberto Tubaldi worked for 40 years at Macerata Hospital. Thirty of them in the pulmonology department, where he was chief physician for 20 years. During all these years, he had the opportunity to observe, among other things, the effects of the time change on sleep.

Doctor Tubaldi, at this time of the year with the passage from solar time to summer time, the debate of the pros and cons is relaunched. What do you think?
“There are economic reasons which are preponderant at the moment. Suffice to say that a saving of nearly 190 million euros was calculated in 7 months of summer time. But the repercussions on the state of health are there. They are not dramatic but there are significant effects, so much so that some experts suggest introducing summer time all year round to avoid switching from one hour to another”.

Why does the time change make us feel strange?

“You have to start from the circadian rhythm of living beings, a sort of genetically determined cycle of vital functions which is modeled on the alternation of light and dark. This allows us to adapt to the flow of the day. It’s not just about the sleep-wake rhythm. For example, there are functions related to the central nervous system, but also cardiovascular functions, blood pressure and heart rate, metabolism and body temperature, in addition to the production of hormones such as cortisol and melatonin . For example, melatonin production is regulated by daylight, while darkness stimulates release. It would be a good idea, for example for those who suffer from insomnia, to avoid exposure to many sources in the late afternoon (including TV, smartphone and tablet). 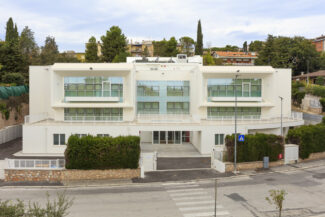 The pole of Villalba

How does daylight saving time affect the circadian rhythm?

“It causes a little jet lag which mainly affects the quantity and quality of sleep, not only on the day of the changeover but also on the following days. There are people who adapt quickly and others who take weeks. Sleep deprivation can cause excessive drowsiness and slowing of reflexes during the day which translates into an increased risk of road accidents which increases by 40% and involves, for some reason, especially motorcyclists. On this subject, there is a study by the University of Oxford with the English Ministry of Transport. But accidents at work and at home are also on the rise. On the other hand, school and work performance is reduced, compromised in someone for a few weeks. There is even an increase in suicide attempts because the depressive tendency increases. A difficult phenomenon given that light tends to reduce depression.

Do you suffer the most from the schedule change?

“Each of us has our own ability to adapt. Generally speaking, the population is divided into owls which tend to go to bed late and sleep more in the morning and the larks which collapse early in the evening and in the morning are very active. If we move our hands forward, we will penalize the owls and they are the ones who should suffer the most. Among other things, it has been shown that good sleep is also essential for the immune system. In addition, the change of schedule negatively affects those who already have pathologies, the effects of the change are heavy on those who suffer from insomnia and subdirected apnea, for example”.

Back to the homepage