Piacenza, March 22, 2022 – The National Council of Food Districts has participated in the 14th edition of the Coppa d’Oro Award, promoted by the Consorzio di Tutela Salumi DOP Piacentini, held last Saturday in Piacenza, choosing for its first official release, the national showcase dedicated to a product of excellence from the agri-food sector.

“We were particularly pleased with the presence of the Consulta – said Roberto Belli, vice-president of the Council of Food Districts and director of the Consortium for the Protection of Salami DOP Piacentini – an opportunity to address issues related to the improvement food products that characterize our varied territory and generate a sense of belonging, from Sicily to Veneto, passing through Sardinia; but also to talk about the tools, whether they are food districts, productive, of quality, biodistricts and rural areas, necessary and extremely effective for our businesses and for the development of the territories”.

“These are tools which, by their very constitution, express a sense of belonging, built from below, collaborate with companies and create cross-functionality with local authorities, they include both large entrepreneurial groups and, above all, small companies, which can only be valued through these tools, as well as the supply chains, linked to the territory”, began Federica Argentati, president of the supply chain committee of the National Council of the Food District and president of the Sicilian district of citrus production, among the speakers at the conference, representing the Council.

The agri-food system has approximately 136 food districts; 351 Dop, Igp, Sgt products, with 165 protection consortia, in addition to the wine sector which has 526 others, with 121 protection consortia for a total of 841 certified specialties; and 59 biodistricts.

“The Consulta is a new tool, thanks to which we have been able to strengthen the collaboration with the Mipaaf – recalled Federica Argentati – the extraordinary result obtained with the financing of the 20 district programs with 120 million euros, provided for in the last di Bilancio, which will guarantee a public-private investment of 309 million euros, is a clear demonstration of what networking means.A sincere thank you for the attention, commitment and determination to support food districts, I am addressing Minister Stefano Patuanelli and Undersecretary Gianmarco Centinaio”.

However, the path is still uphill. Funding requires the participation of the regions. In Sicily, discussions have been initiated which have enabled the European Commission to vote on a resolution which will commit the regional government to co-financing between 8 million and 300 thousand euros for the programs of the 4 Sicilian districts.

“From a modern legislator, aware of the assiduity expressed from below by these instruments, we are asking for simple, clear and uniform regulatory harmonization. The system needs it – underlined Federica Argentati – just as the Council has already requested the establishment of a permanent table with the Minister of Agricultural Policies to make the territories more functional to the needs of businesses”. These tools, which whether food, productive, rural, bio-districts or quality agri-food districts – concluded Federica Argentati – have enormous potential, they are carriers of social inclusion and ethical culture.

Because working together for the growth of our territory, recovering this principle already invoked by Olivetti, is to belong and in this we can really make a difference”.

Federica Argentati, President of the Sicilian Citrus Production District, Board of Directors of the Council of Food Districts 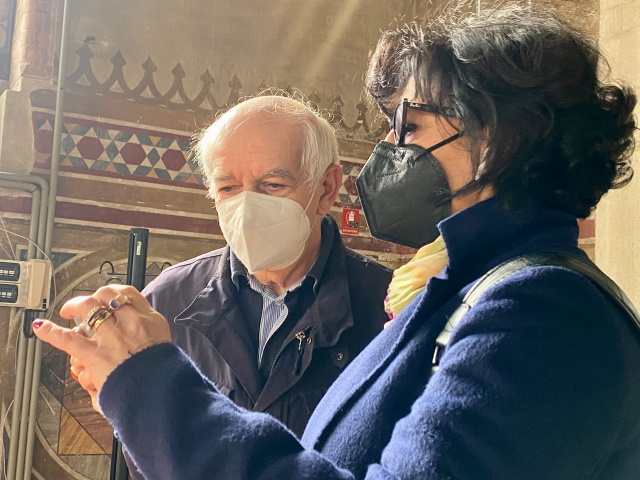 from left Belli and Argentati 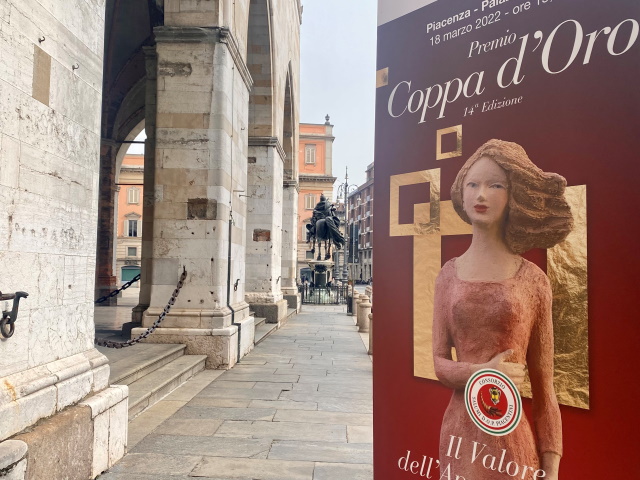 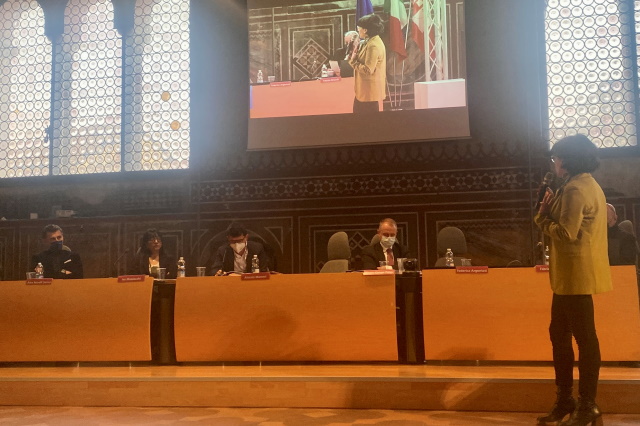 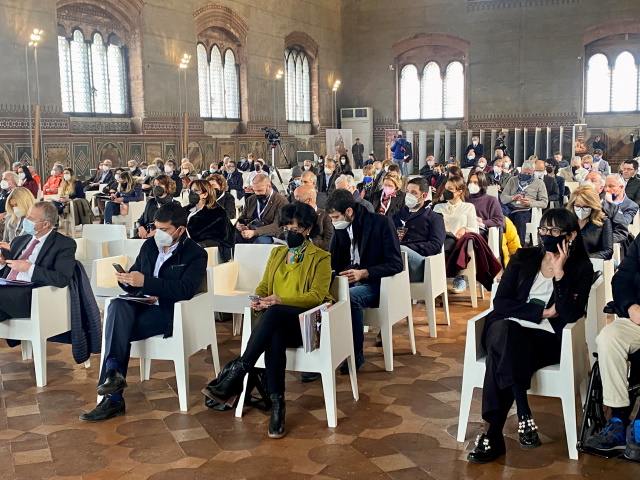 – There are 0 contributions to the forum. –