Parasite and the success of Korean culture

With the success of the South Korean stand at Expo 2015 in Milan, linked above all to new gastronomic specialities, we anticipated the interest in the culture of a country that would explode a few years later. A charm that reached a milestone in 2019 with the film Parasite by Korean director Bong Joon-ho, who first won the Palme d’Or at the Cannes Film Festival and then the Oscar in Hollywood. In the space of five years, not only Korean cuisine, but the entire culture represented by cinema – especially by streaming television series such as “Squid Game” or “The Silent Sea” – has massively conquered a position of prominent on the world stage. . And the film played a fundamental role in this diffusion.

The three families of Parasite

Food isn’t the focus of the film, but comes into play at key moments in the plot, which sees the stories of three families intersect. Starting with the Kim family, who lives in a basement apartment, a gloomy and suffocating space, between alleys full of waste and boundless misery: the father on unemployment benefit, the mother who assembles boxes of Pizza Generation for a few won, the studious son who wants to change his social position and the teenage daughter with lots of dreams in the drawer. This scenario is opposed by the Park family: the house in the upper districts, the housekeeper, the beautiful cars parked in the garage, a bored and irascible wife, an apathetic daughter, lost in her diaries and struggling with her first experiences. sex, and a child prey to nightmares with a strong pictorial vein, without forgetting the dogs, even more spoiled than their children. The third protagonist of the family, the park housekeeper, Moon-gwang, and her husband, took refuge in a bunker due to debts to protect themselves from loan sharks. A fundamental role, that of the maid (who will soon be replaced by mom Kim): she will be the one who will embody an important common thread within the families.

Food and social classes in Parasite

Representing the contrast between poor and rich, between those who are forced to live in the city’s slums and the wealthy class who enjoy their lives in minimalist villas amidst the most lush vegetation, is precisely the food. A striking contrast as chromatic – the gloom of the slums and the blinding light of the villa – but above all culinary: the film opens with the scene of a dinner party in the Kims’ basement, a meager meal of kimchi and soft drinks . packed in colorful boxes. A miserable dinner, made even more depressing by the stench coming from street corners, which prevents the family from enjoying what little is available. When Papa Ki-taek finally manages to step into Park life – becoming their driver, then later hiring his wife as the new housekeeper – things start looking up, starting with the table (Ki-taek finally gets to take a satisfying meal in a buffet restaurant). Thus, the family barbecue and the braised ribs (pork ribs) are not only a pure pleasure for the palate, but take on a much higher value, a meaning that only those who have suffered from hunger can attribute to food. Even better if accompanied by soju, the rice and potato distillate sold in green bottles. Unforgettable is the scene of Kim’s frenzy in the villa, with excessive alcohol consumption (from Hite beers to Makgeolli, the traditional rice wine, to whiskeys): while the owners are away from home, the family – to the notes of “On your knees” by Gianni Morandi – voraciously consumes these hitherto inaccessible luxury products. 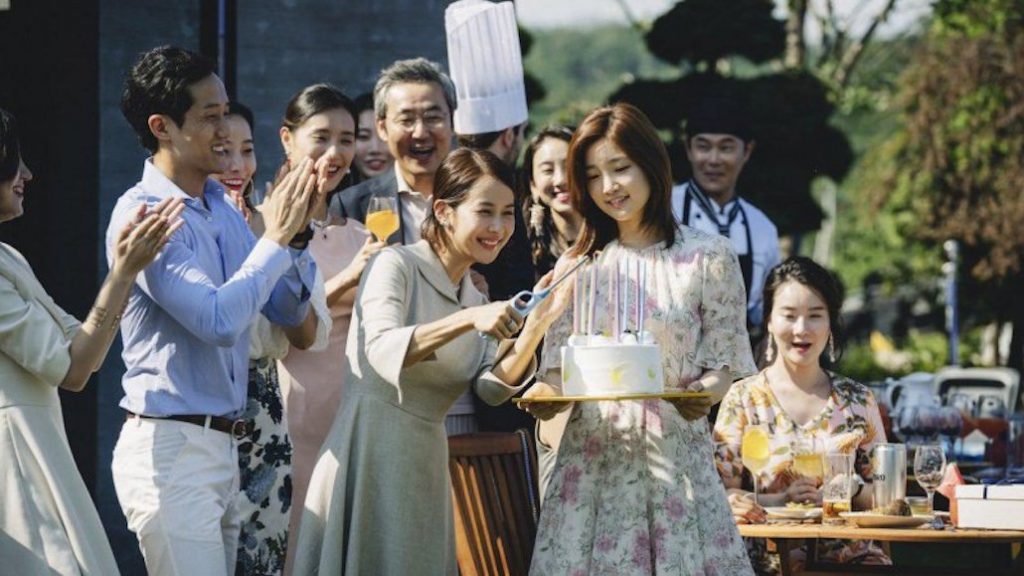 The garden party and the servant-master relationship

The third part of the film opens again with food, especially the preparation of Ram-don. Due to bad weather, the Park family decides to return from the campsite well in advance and asks the housekeeper to prepare this dish consisting of instant noodles – notably Chapagetti and Neoguri, brands also available in Italy in international stores – and sirloin, or beef cut into small pieces. However, the maid will find herself alone, sitting at the huge table enjoying her favorite dish, while the first murderous instincts of the other protagonists begin to emerge.

The next day, the garden party to celebrate little Park’s birthday, with cooks and waiters busy cooking pasta, salmon and gratin to the tunes of famous novels, completely destroys this codified model of social life. In this case, food becomes an expression of the servant-master relationship (just like in the Hegelian dialectic so dear to literature and cinema), but above all an instrument of revenge and social redemption: unsurprisingly, in an interview with Corriere della Sera in December 2020, the director had claimed chand “capitalism, before being a sociological category, is something concrete: our lives”. 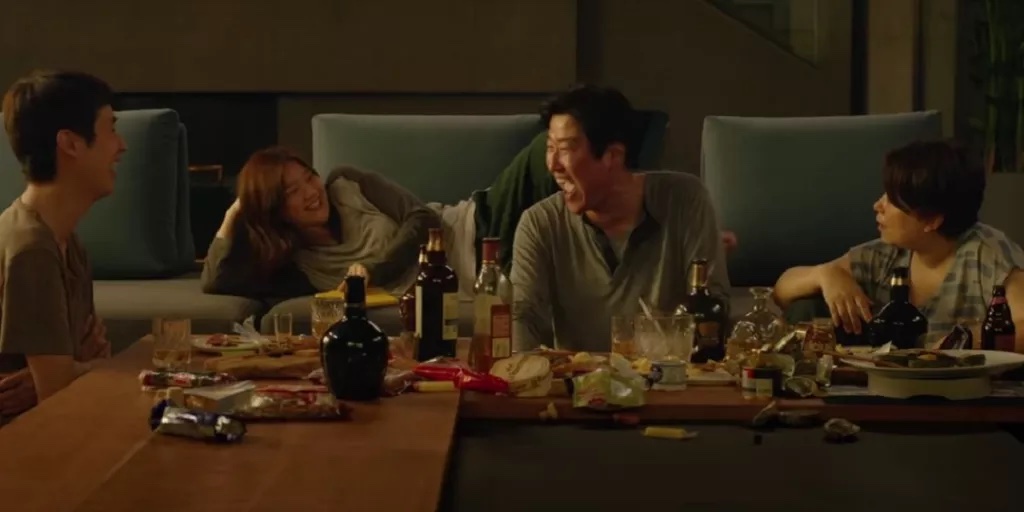 The end: loss, food and death

A comedy that turns into a tragedy, completed by a final murder perpetrated with a kitchen knife and a rich skewer of meat and vegetables, a complex story in which food dictates the times and gives rhythm to the different passages. We are at the end: the young daughter of the Kims dies at the hands of the husband of the former housekeeper Moon-gwang, finally escaped from the basement where he had fed on cans of tuna, under the incredulous gaze of her father Ki- taek and the Park’s indifference, only worry about the passed out son. In anger, Ki-taek stabs Mr. Park, another episode that sparks confusion at the party. This celebration which was to be a moment of conviviality, organized down to the smallest detail, starting with the selection of shrimps, meats and wines at the supermarket, and which turns into a collective sacrifice. In this case, we could replace the Love and Death relationship of Greek tragedy with the oxymoron Food and Death with the loss of the respective family members. Salvation is for the few.

> Discover all the episodes of the Cooking and Cinema section