Home
Health
The “young healthy” yard has opened in Udine, whose objective is to keep the new generations of Fvg healthy – Friulisera
Prev Article Next Article

“Young healthy. Reflections and proposals on the topic of prevention, lifestyles and relationships with the Friuli-Venezia Giulia health service ”is the title of the round table held today at the regional headquarters in Udine. The meeting, organized by the regional citizens’ group, brought together representatives of the UNIUD Student Council and the provincial medical and nursing professional bodies and regional psychologists. Objectives of the initiative: to promote health and psycho-physical well-being among young university students in Friuli-Venezia Giulia, by activating knowledge processes aimed at adopting healthy behaviors; improve the current and future level of quality of life through conscious and coherent choices related to so-called “life” skills; discourage habits often and wrongly considered not dangerous for health such as alcohol abuse, taking drugs and psychostimulants, lack of attention to sexually transmitted diseases; fighting asia and post-pandemic depression. 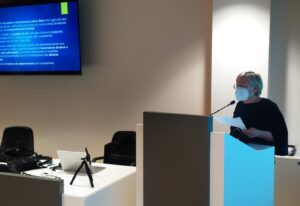 The round table began with the presentation by Raffaella Bombi (University of Udine) and Carmelo Macauda (Ceformed) of the project “Health communication to young people” developed during the triennium 2014 – 2016 by the Municipality of Udine, the University of Udine and Ceformed. An initiative that brought together young people aged 19 to 21 and young doctors on the theme of health and psychophysical well-being through conferences and events dedicated to the issues of the world of young people.

The psychologists Pasquale Fiorente and Agustina Zaka, from the Istrice association, then intervened, dealing with the care of the man who acts violently in intimate relationships (“We must develop virtuous actions by contaminating the territory, by creating a network based on dialogue with young people, who can play an active role alongside trained professionals”); while Riccardo Ferrarese, president of the Uniud Student Council, and Gabriele Facchin, resident doctor and member of the board of directors of the Uniud Student Council, addressed the topic of psychological support within the university (“service that can be developed at three levels: raising awareness, directing towards the most correct approach and the implementation of the service itself”) and implementing a series of proposals and ideas to protect health university students. 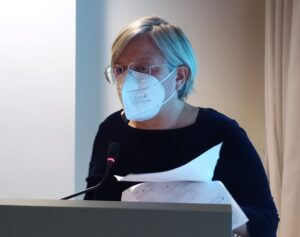 Also present for the Uniud Student Council – Doriana Armenise – who proposed the creation, in collaboration with Ardiss, of brochures informing non-resident students of the possibility of seeking health care in the region – and Alice Chiaruttini, president of the university student association Iris, which addresses issues of sexual orientation and gender identity (with her also Virginia Dal Cero).

Riccardo Colloca, general practitioner and union representative, underlined how much the current activity of the family doctor requires more time to devote to patients and how urgent it is to intervene in the profession by also allowing the necessary integration between professionals in the sector .

The territory was the key word in subsequent interventions, those of Gianluigi Tiberio, president of the College of Physicians of the province of Udine, (“Today’s society leads children to make incorrect choices; we could do a lot in terms of initiative medicine for young people receiving assistance and working in collaboration with other health professionals would allow us to provide precise answers.To do this, we must invest in general medicine, which today is still a Cinderella, and in doctors, too busy with bureaucracy “) by Debora Furlan, representative of the Order of Psychologists FVG (“The pandemic has given the opportunity to talk about psychological needs and this has allowed establishments to make available resources: high school students will have the possibility of accessing psychology courses at a calmierato cost”;” there is a dialogue with the Region on the community psychologist, to bring this figure closer to u citizen “) And by Luciano Clarizia, president of the regional coordination of the orders of nurses of the Fvg (” We are unable to speak to the young people because there is not enough time, but it is us who we must reach out to them, also through collaboration with other professionals”; “We must involve the orders, equip schools with school nurses, focus on training and avoid the flight of nurses”).

Finally, Manuela Croatto, director in charge of the Didactics and Student Services department, who highlighted Uniud’s commitment to reaching all students, even those who do not seek help, through the psychological support service.

“Knowing how to listen to and apprehend the choices of young people in terms of taking charge of their health and their respective lifestyles – explained the regional civic education adviser, Simona Liguori, promoter of the meeting – must represent a concrete commitment of the Region, called to provide health care services in terms of assistance, research and information with increasing commitment given the difficult general situation due to the Covid emergency. Today’s discussion gathered important insights directly from stakeholders and experts. Proposals and reflections that we will bring to the attention of the Regional Council, by keeping active the network of knowledge which today has fruitfully confronted each other in an attempt to provide concrete responses to the needs expressed directly by the young people who have participated”. The round table will be followed by some meetings on the territory of the municipality of Udine and in the region. “From today’s meeting – concluded Liguori – it emerged that one of the first needs is to expand as much as possible the audience of young people who are proactive in taking charge of their health”.