A great example of solidarity and inclusion comes from Fabrianothe “City of Paper” in the province of Ancona hard hit by the economic crisis of 2008 and the earthquake of 2016.

Fabriano and his neighborhood have mobilized to hospitality and solidarity with the Ukrainian people. Despite the difficulties, the people of Fabriano have not hesitated to meet contemporary challenges by opening their homes, schools and places of leisure to dozens of Ukrainian mothers accompanied by children. “Broken” families who have fled the horrors of war, leaving behind their husbands – who are at the front – but also their parents (too old or sick to move) and their homes. Looking for a gift of peace for their children.

“We welcome families who have fled the war. We place children in school and support their integration into our community,” he tells Radio Gold. Monsignor Francesco Massara, Archbishop of Camerino-San Severino Marche and Bishop of Fabriano-Matelica. The bishop follows the evolution of the situation through Caritas and the office of migrants coordinated by Don Aldo Buonaiuto, parish priest of Fabriano de San Nicolò. In addition, in Fabriano, the Cisom of the Order of Malta has a solidarity collection point for basic necessities. “Opening our hearts to these sisters and brothers is the evangelical response to the humanitarian drama they are living”, comments Bishop Massara.

“To date, more than 70 people have been welcomed, about thirty across the Diocese. The children are already going to school, the adults are taking Italian lessons. They started a process of inclusion. Because life always wins. As taught on Easter morning”, comments Don Aldo Buonaiuto, who on the night of Good Friday organized a living Via Crucis titled “Christ pierced with bombs” with, in the stations, the testimonies of Ukrainian mothers who fled the war.

Not only school and the Italian language, but also sports and new friends. Because children need to rebuild the fabric of normal relationships. And here – it is worth saying – society comes into play Fabriano Judo Study Center, amateur sports association affiliated with the UISP.

The association, led by the technical director Andrea Maestrelli was born with the intention of promoting martial arts by organizing classes for children, adolescents and adults. “A serious and healthy environment in which the children find an outlet, a hobby and many new friends”, comments teacher Andrea. 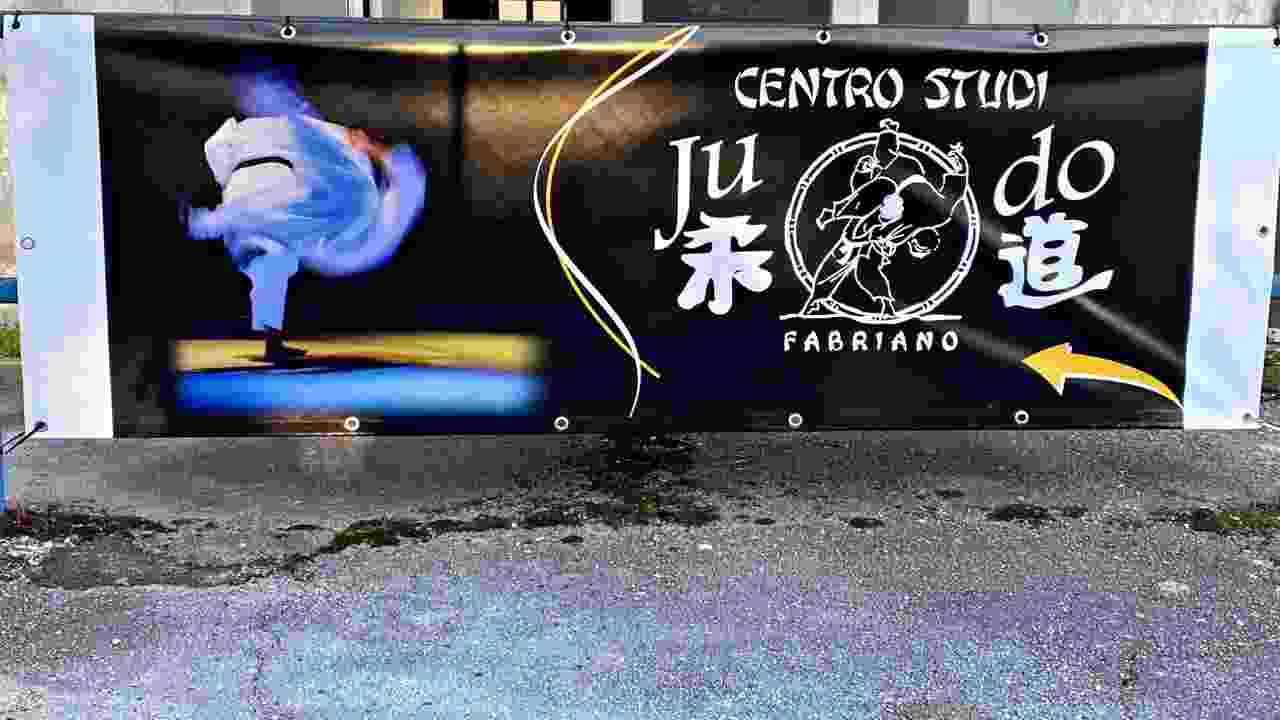 The story of Alex and Yuri

In recent days, in addition to the many children who have been attending classes since the beginning of the year, two new boys have been added, Alex and Yuri, aged 10 and 12. Both fled kyiv hastily with their mother Irina, a criminal lawyer, after the Russian invasion of Ukraine. After days of travel, the prefecture sent them to Fabriano. InTerris.it interviewed this mother to let us tell her story.

Irina, where are you from and where do you live now?
“We come from a town near kyiv, not far from the areas bombed in recent weeks. Shortly after the Russian invasion, my husband and I decided to separate: he was called to the front to fight, my two children and I decided to flee to save their lives. After several days in sorting centers on the border with Ukraine, the children and I arrived in Italy. I had already been to Italy for the last few years for work, so I was hoping to return here, where I knew there were very welcoming and friendly people. The prefecture directed us, along with other mothers with their children, here in Fabriano, a city that I did not know, towards a structure of the diocese”.

How did you end up in Fabriano?
“Very good! The welcome was super warm. On the first day of school, my children’s new classmates greeted them with long applause and a banner saying ‘welcome’ and ‘peace’. They were delighted. I must also thank the prefecture, Bishop Massara, all the volunteers and Don Aldo, from the first moment in Italy they thought of everything: the house, the clothes, the food, the trips, the medical visits, the school for me and for the children, the games, the books. Now the sport too: twice a week my children – who already practiced martial arts in Ukraine – can do judo with other children”.

How did they experience these first judo lessons?
“They couldn’t wait to get started. For them, doing sport means getting back to normal as much as possible. My youngest son didn’t speak for days after fleeing Ukraine. All their classmates fled and now they are in Romania, some in Poland, some in Moldova. My children miss a lot of friends. They are also very worried about their father, grandparents and uncle and cousins ​​who remained in Dnipro, a city under constant bombardment for days. For them, doing sport means being able to express in a correct and controlled way the anger that this war has aroused in them. Who had every right to live in their own homes in peace without having to flee to a foreign land.”

What do you hope for yourself and for you?
“May the war end as soon as possible and we can return to normal. But normalcy no longer exists and the war doesn’t seem to be ending anytime soon. I hope to find a job here in Italy – I am a lawyer – as soon as possible. And for my children, I hope it will become an opportunity for growth: not only in learning a new language, but also and above all in confronting and growing up with children other than those they knew. And doing judo is just for that: making new friends. Do not give up or crack, but continue to hope for a different world from the one seen so far, without tanks or bombs, but made of respect, brotherhood and peace among all peoples”.

If you want to comment on the article, send an e-mail to this address: write to interris@gmail.com

I notify: the advertisements that appear on the page are automatically managed by Google. Despite having put all the necessary filters, it can happen to find banners that cause perplexity. In case, even if it is beyond our control, we apologize to the readers.